How an Ultrasonic Cleaner Works – part 1 All types of industries require highly efficient and effective cleaning of components – which is what ultrasonic cleaning provides – during various stages in their manufacturing processes.

Ultrasonic cleaners represent a revolutionary breakthrough in the cleaning process. Industrial ultrasonic cleaners are not exactly new, but how they work may be something of a mystery to perspective users. The process is well-understood and well developed, so here is a brief explanation to demystify their operation. Ultrasonic cleaning uses high frequency sound waves to agitate a liquid. The agitated liquid acts on and dislodges contaminants adhering to objects being cleaned.

Ultrasonic means above the range of human hearing. Think dog whistle, although in many applications, the frequencies are even way beyond what a dog (or a bat, which actually sends out ultrasonic waves as a form of sonar) would be able to hear.

Watch Jay Leno demo his Omegasonics ultrasonic cleaner in his “Green Garage” by cleaning a piston that had caked on carbon, as well as a part that was heavily rusted.

Industrial ultrasonic cleaners consist of an ultrasound generator along with special transducers (instead of speakers) mounted on the bottom of a liquid-filled stainless steel bath. The generator and transducers create waves in the liquid, which cause it to alternately expand and contract. This expansion and contraction will occur between 25,000 to 130,000 times a second, depending on the application.

The energy transmitted to the liquid from the transducers causes bubbles to form when areas of the liquid vaporize, becoming a gas. During the expansion phase, the pressure from the surrounding liquid on these bubbles decreases, causing the bubbles to expand. This, in turn, causes the water vapor forming the bubble to rapidly condense leaving behind a vacuum-filled “cavity”.

During the compression phase, the pressure on the cavity from the surrounding liquid leads to a sudden collapse, or implosion, of the bubble. The liquid molecules collide, releasing a vast amount of impact energy. This energy rapidly increases the local temperature producing a high-energy liquid stream that collides with the surface of the object being cleaned. This collision agitates the contaminants adhering to the surface, effectively and efficiently dislodging them.

Ultrasonic cleaning can be thought of as “pressure washing” at the micron level (that’s 1 millionth of a meter, or one-thousandth of a millimeter!)

Next, we will look more closely at the liquid medium used by industrial ultrasonic cleaners, as well as other ways to optimize the process for particular applications. 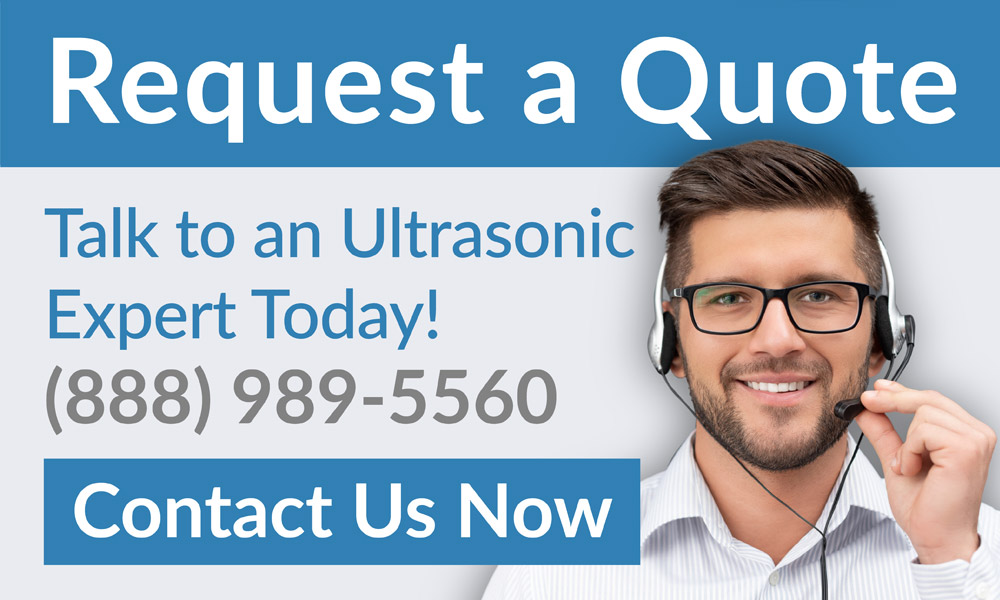